UA
EN
Bill Mckibben
The one who knew the future He was the first to tell the world what is awaiting ahead. In 1989, his book «The End of Nature» about a threat of climate change induced by greenhouse gas emissions opened up a possible future for the world. Bill McKibben has been and still is the loudest voice that warns humanity of destroying the planet and calls for stimulating emissions reduction and switching to 100% renewable energy as quickly as possible. What you need to know about climate change and which way should choose Ukraine – in an exclusive interview with Bill McKibben.

Bill, you started the movement for the decarbonisation of the world 30 years ago. Who is winning this race now - humanity or global warming?

Mankind lags far behind in preventing climate change. We have done very little in the last 30 years. Scientists say that this crisis is due to our slow response. As a result, we have great losses around the world: droughts, floods, forest fires. But there are still some opportunities. Engineers, having worked well, have sharply reduced the price of solar and wind generation. We could take advantage of this and make even more progress. This may be the first sign that we will finally be able to fight climate change.

There are two versions of the world in the nearest future. The first, where millions of tons of coal continue to be burned. The second, where decarbonization is fully implemented. What is the difference between them?

There is currently no opportunity to stop climate change completely - we have waited too long, but there is still a huge difference in the scenarios of the world, which depends on what we do now. Mankind continues to burn mountains of coal and other minerals. In this case we are definitely on the way to a temperature change of 3.5–4.5, or even 5 degrees. If this happens, civilization will not stay like it is today. The overload of the planet will be too great, and the emergency will happen sooner than we expect.

On the other hand, now we can choose a radically different way: to make sure that all new advances in energy will be based on renewable generation technologies, to start implementing energy plans, to start driving electric cars and so on. If we do everything quickly enough, it will not stop climate change immediately, because there are already many processes that will continue irreversibly, but perhaps we will prevent their deterioration if we make this world cleaner than it is now. A world in which several major players who control coal, gas and oil will have no influence on political life.


How do you evaluate the pace of development of renewable energy in the world? Are they fast enough to displace "traditional" energy?

Today, renewable energy is developing rapidly because it is quite cheap. Solar and wind energy are today the cheapest ways to produce energy almost all over the world. The sharing economy provides for the rapid development of renewable energy, but the problem is that the economy alone is not enough to catch up with global warming. If we want to avoid the worst climate change, we need to involve governments to speed up the transition to renewable energy. We can briefly describe the situation with climate change, or at least the first attempts to do so, as follows: we need to do everything much faster.


Do you think that nuclear energy production is a promising technology? Should new nuclear power plants be built?

Today, one of the biggest problems of nuclear energy is its cost. It is very expensive. Countries that have built nuclear power plants in recent years have lost a tremendous amount - millions of dollars more than planned. Finland is a good example of this.


In Ukraine, about 55% of the energy produced now comes from nuclear power plants, 36% of thermal power plants. 80% of these traditional generation facilities are in a condition close to emergency. What methods of generation would you recommend to develop in Ukraine and why?

For the most part, the generation sector of fully renewable energy is developing quite rapidly in the world today, which is an unconditional trend. Most often it is the energy of the sun, wind, in some cases, hydropower. Ukraine is now in an interesting situation, as the energy resources that are its base - nuclear and thermal energy, in addition - most power plants are old and need to be replaced. The nuclear system they work on is one of the worst Soviet technologies. I have already said that nuclear energy is extremely expensive. That is why countries such as France, which have made great efforts to develop nuclear energy, are now working more with renewable resources. My advice to Ukraine is to follow the best practices of the world - to switch to renewable energy. The positive side is that the sun and wind are available everywhere. 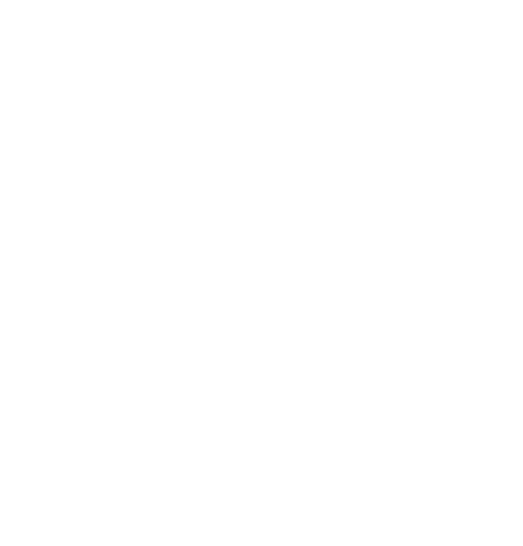 100% renewable energy - how will achieving this goal change the world?

One hundred percent renewable energy is the aim for today. Just imagine a world where everyone can control energy, because the sun and wind are everywhere. And it does not matter that there is no sun at night, or the wind sometimes calms down. This is a much cleaner world. There are no more cities in it, such as in Eastern Europe or Asia, where the air is terribly polluted. We will get rid of the negative effects on our health of many factors caused by combustible minerals. The world will have a stable climate. And the fact that you invest in gas and oil will no longer matter. It will not make you an influential person. Because it is no longer needed.


How can an ordinary person who believes in the need for a share of renewable energy influence the choice of their country's path? What can we ordinary people do for this?

Ordinary people can do two things. The first is to find out how to make your home and your life more energy efficient. You know, there are solar panels on the roof of my house, I do everything possible to reduce energy consumption - it's very important. But I'm not trying to fool myself that this will solve the global problem of climate change. It is very difficult to get all people to do this. Therefore, those who care about their own future should work harder, speak out publicly, add their voice to the call for a large-scale transition of cities and countries to renewable energy sources. I believe that it is even more important to be involved publicly and politically than to limit the use of RES at home.

There are several leading countries in the world that show us how beautiful and promising all this can be. There is no perfect country. There are those who set a better example. As is often the case, the Scandinavian countries have reached a fairly good level, in particular - Norway. Every year there are more new electric cars than cars that run on gasoline. Other countries have also done well. Costa Rica uses the sun, wind, and especially water resources to use only renewable energy for months - which is very encouraging. One of the most interesting works was done in one of the largest countries in the world. Everyone knows that China is one of the most polluted countries, they have seen photos of their smog-covered cities, but today they are introducing renewable energy faster than anywhere else. The same thing is happening in India, which is very good news, because it will soon become one of the countries that use the most electricity. So, positive things are happening in all over the world, it's just not enough.


How to build interaction between society and government so that economic development does not harm the environment?

One of the long-standing issues is how environmental issues can harm the economy. This is nonsense. We must take care of the environment so as not to harm the economy. Mankind will pay the highest price for climate change. Imagine the cost of rebuilding cities. British economist Nicholas Stern estimated that the cost of climate change would exceed the total cost of World War I, World War II and the Great Depression. Everything we can do to avoid this is costly - and it will help our economy in all possible scenarios.